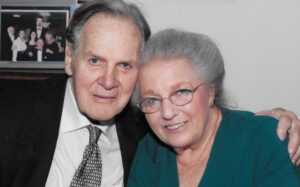 Joyce Kennedy, born in Hull as Joyce Harris, was not a practicing musician but she did write, or co-write, books on musical topics. She practiced as an anaesthetist and later as a GP in Manchester. Her second husband was music critic and author Michael Kennedy who wrote for the Daily Telegraph. With Joyce he wrote The Concise Oxford Dictionary of Music and books on Britten, Walton and Richard Strauss as well as a history of the Buxton Festival. One her own Joyce produced a book on operatic characters. She was latterly connected with the North West Branch of the Elgar Society at some of whose meetings I was delighted to make her acquaintance.