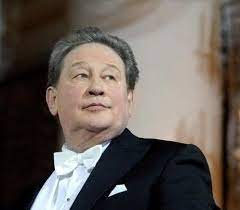 Moscow-born Nesterenko was a powerful and resonant bass singer, especially known for his performances in Boris Godunov. His Russian debut was in Tchaikovsky’s Eugene Onegin and English performances included Rossini’s Barber of Seville, Gounod’s Faust and, unusually, Mussorgsky’s Khovanschina. He was a member of the Bolshoi Theatre for 30 years; outside of opera he worked with Shostakovich on the Michelangelo Suite and premiered in Leningrad in 1974. Latterly he taught in Vienna.