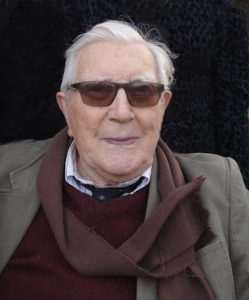 Educator David Briggs has died at the age of 102. As a King’s College Cambridge chorister, Briggs sang in the first broadcast Nine Lessons and Carols (1928). He sang in it many times, four of them as a King’s undergraduate. He was to sing the choirs nearly all his life. The climax of his teaching career was to be Head of King’s College Choir School. Previously, as classics master at Bryanston, he persuaded Vaughan Williams, a friend of his family, to compose a Flourish for trumpet for the foundation stone-laying of the school’s music school (1953).