Celebrating  the Light programme and Light Music on the BBC 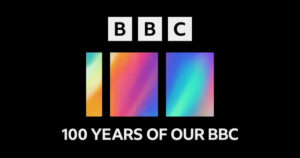 The BBC Light Programme was a national radio station which broadcast chiefly mainstream light entertainment and light music from 1945 until 1967, when it was replaced by BBC Radio 2 and BBC Radio 1. It opened on 29 July 1945, taking over the long wave frequency which had earlier been used – prior to the outbreak of the Second World War on 1 September 1939 – by the National Programme.  Here is a link to a programme taking a nostalgic look back at the days of the BBC Light Programme (1945-67) presented by Chris Stuart. Broadcast on BBC Radio 2 on 30 July 1995 .

For many years, the Light Music Society had strong connections to the BBC with past presidents Eric Coates and Ernest Tomlinson being regular contributors  to the music heard on the Light Programme.

The Society’s library has a comprehensive collection of printed orchestral and dance band music from the Light Programme era and its extensive archive has 16 boxes of  arrangements by John Fox, a regular conductor with the BBC Radio Orchestra. These boxes, donated to the Society and a rich treasure trove of the art of arranging, are yet to be fully explored. Listen to some of his music here and why not contact the Society to find out more about the potential to investigate John Fox’s music legacy. 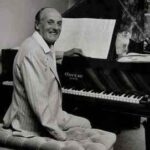 Our friends at the Cambridge Concert orchestra are performing an event in honour of the BBC’s 100th anniversary. Find out more HERE