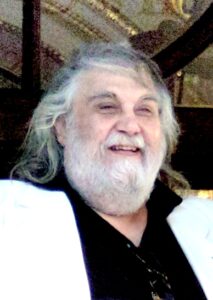 Vangelis, Greek-born as Evangelos Papathanassiou, is best known for his film music for Chariots of Fire (1981) and for other film music including the score for Blade Runner. He also composed ballets, theatre music and songs. He came to live in England in 1974 after a few years in France (1968–74). Latterly he moved between London, Athens and Paris.