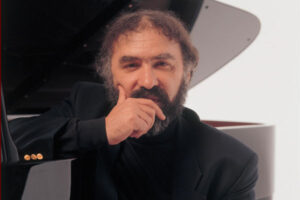 Widely recognised as one of the greatest pianists of his time, Radu Lupu has died at the age of 76. Born in Romania to a Jewish family, Radu was taught at the Bucharest Conservatory by Florica Musicescu (who also taught Dinu Lipatti). After graduating, he travelled to Moscow, where he studied for seven years. In 1967, he won the George Enescu International Piano Competition and then two years later won the Leeds International Piano Competition with his performance of Beethoven’s 3rd Piano Concerto. His critical reception in the US was a little shaky at first, though critics were soon won over by his individual interpretations. In the period of two decades, Lupu released over 20 recordings for Decca records, with his solo piano recordings garnering as much acclaim as his concerto repertoire. Far from limited to standard repertoire (in which he excelled), Lupu also performed a great deal of music by the likes of Bartók, Enescu and Janáček. Often noted for being reclusive, it was rare for the pianist to give interviews to the press or in other media and intensely disliked discussing his personal life. He latterly lived in Lausanne, Switzerland, with his second wife Delia, a violinist in the Chamber Orchestra of Lausanne. DA