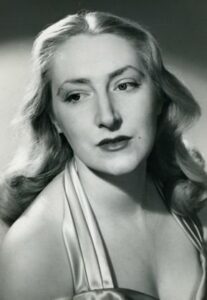 After the revelation that was the recordings of Madeleine Dring’s cabaret songs (on the same label) a couple of years ago, the creative team responsible returns with this remarkable mixed bag, shining a light on the various aspects of this extraordinary composer. It was, sadly, the final recording to feature the talents of the famed opera director (and musical director) Courtney Kenny on the piano, who died last year. Professor Wanda Brister, who co-authored the superb biography Madeleine Dring: Lady Composer with Jay Rosenblatt, returns as principal soloist on this CD along with Nuala Willis, who appeared on the previous release along with newcomer to the series Matt Cooksey. Cooksey is an especially welcome addition to the disc with his beautifully sung Spare me a Dream. As with the previous CD, for her part, Wanda Brister’s raison d’être is to produce a kind of blue print, from which other singers can develop the repertoire – a kind of “here’s a demo, now you do better” approach, but I maintain that this is as satisfying a listen as the first release in its own right. Granted, the piano would have benefitted from being retuned (if not scrapping and replacing with a better one!) and there may be the odd accent discrepancy, but this remains a thoroughly engaging listen. On particular display here is the lightest sides of Dring’s songwriting, as opposed to art songs, which are well represented on other recordings. There is no shortage of sarcastic humour on display throughout the programme, starting with The Lady Composer, satirising modernist tendencies in music, ending with the wonderful couplet “…I’ve only one vice/ Such is my music, no work is played twice!”. There are also pointed references to issues at the time, such as Please Don’t, which finds Dring asking Germaine Greer not to “liberate me” (played purely for laughs, of course, without being an aggressively anti-feminist statement). Other sections of the disc provide insight into Dring’s work as a performer of her own works such as the Welcome and subsequent series of songs, illustrating her work for a student audience as well as a more sophisticated cabaret audience. It is a treat to hear more songs from the revue Airs on a Shoestring, which is famed for introducing Flanders & Swann’s The Slow Train to the world. I for one would be happy to see some form of reconstruction of this revue – it might be hard to include some more dated songs, but there is plenty by Dring, Flanders & Swann and Arthur Benjamin that appeared in this show that surely warrants some kind of revisitation. The problem with a mixed bag such as this is that the programme does ultimately come across as slightly bitty, but it is a useful aid nevertheless for anyone interested to explore the music of this underperformed composer revealing still more layers of intrigue for the adventurous listener or performer. Hear it even if you use it as a CD to dip into occasionally and please seek out the sheet music, constantly and tirelessly being overseen for publication by Professor Brister and let’s get it re-introduced to concert programmes! DA