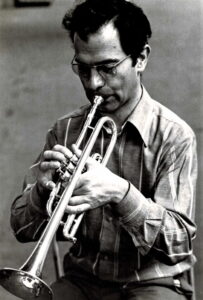 Bob Jenner belonged to a generation of British trumpeters, alongside Maurice Murphy and Alan Stringer, whose influence on other musicians is still keenly felt to this day. Following studies at the Guildhall School of Music & Drama, he started as a freelance player before being appointed principal trumpet with what is now known as the Royal Scottish National Orchestra at the age of just 23. A much in-demand teacher, he was professor of trumpet at the Royal Scottish Academy of Music and Drama between 1973 and 1980, also holding positions at the Birmingham Conservatoire, Guildhall and Bath Spa University. Bob stood out from his contemporaries, using the C Trumpet as his primary instrument. He was renowned as a reliable and accurate player and an attentive and detail oriented teacher. He is survived by his wife Carole and his children, Carol, Philip and Chris.