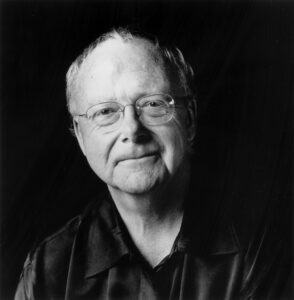 The renowned Dutch composer has died at the age of 82, after announcing a year earlier that he was retiring from composing due to Alzheimer’s disease. Easily the best known Dutch composer of the 20th century outside of the Netherlands, he came from an extremely musical family. Louis’ father Henrik and uncle Willem were both fine composers, Henrik having 4 symphonies to his name, though Willem was better known as a concert pianist. Louis’ brother Jurriaan who was also a composer of considerable note in both the Netherlands and the States, also wrote Light Music and Jazz under the pseudonym Leslie Cool. Louis studied composition in The Netherlands with his father, and radical Dutch composer Kees van Baaren, before studying with Luciano Berio in Milan and Berlin. Louis Andriessen composed in a unique style inflected with minimalism, though given the complexity of some of his works, the label “minimalist” seems a little inappropriate. Composing often for amplified ensembles, he combined repeating patterns in music with a variety of other styles, from the Light Music and Jazz inflected to the completely atonal. His final large scale work was Theatre of the World, an opera, which premiered in 2016 and was released on CD conducted by the recently late Reinbert de Leeuw. He taught at the conservatory of Den Haag from 1974–2012, his opera La Commedia won a prestigious Grawemeyer award in 2011 and in 2019 the same work was selected by The Guardian as one of the outstanding compositions of the early 20th century. He additionally collaborated with filmmaker Peter Greenaway on opera/film hybrid projects. With his passing, the Dutch music scene has, in some ways, seen the end of a generation of radically modernising Dutch composers, whose influence will surely be felt for decades to come. DA