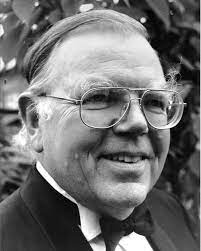 Renowned Irish musician Courtney Kenny studied piano at the Royal College of Music in London. His career began with five years in Light Music and musical theatre. He then became involved with the world of opera: 12 seasons with the Glyndebourne Festival Opera, 25 years with the Wexford Festival Opera, 6 years with his own company in his home town in the West of Ireland, several seasons with the New Sadler’s Wells Opera, and a season with Ohio Light Opera, as répétiteur, conductor, and on occasion, producer.

For 6 years he made an annual tour of the Eastern United States for the English Speaking Union. He also appeared at the Annual Cabaret Convention at Town Hall, and performed at several prestigious cabaret venues in New York.

In London he has appeared at Pizza on the Park, at Jermyn Street Theatre, and in the Purcell Room, and for music societies all across the British Isles. He has made 4 CD recordings; one of songs by his great-uncle (Percy French), another of Sir Noel Coward, and the third of American Cabaret from 1956-2006. His other CD is of Madeleine Dring’s Cabaret songs recorded in 2015. He has been a member of the Park Lane Group, an organisation, which promotes young artists and new music since its inception in 1956. He appeared at the very first concert, and was invited to give a cabaret recital as part of the 50th Anniversary celebrations in the Purcell Room.

More recently, he has sponsored an annual competition for the Association of English Singers and Speakers (AESS) for the singers 17-22. In 2014 he took part in a cabaret convention with the Ohio Light Opera, performing a program of “the Best of British Musical Theatre.”

Ballinrobe Musical Society has made a statement honouring him: “He was also responsible for bringing professional opera productions to Ballinrobe in the late ’60s and early ‘70s. Indeed, Courtney played a leading role in popularising musical theatre in the town, cultivating a proud musical tradition which flourishes to this day… We extend our deepest sympathies to all his family and friends. Ar dheis Dé go raibh a anam dílis. [At the right hand of God was his faithful soul].