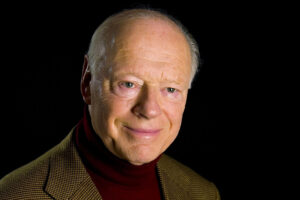 Musicians and audiences the world over have marked the end of an era with the passing of conductor Bernard Haitink, who has died at the age of 92. Haitink shot to fame in 1959 when he succeeded Eduard van Beinum as conductor of the Royal Concertgebouw Orchestra in Amsterdam (at first in tandem with Eugen Jochum, but exclusively from 1963). Soon other international halls and opera houses were keen to engage this exciting young talent and the London Philharmonic Orchestra shared a brief but fruitful collaboration with the Dutch conductor, frequenting the Glyndebourne Festival throughout the 70s. The conductor resigned his post at the LPO somewhat acrimoniously after relations between him and the management became increasingly frosty. He was long time musical director at the Royal Opera House, through many of their most tumultuous years. Haitink was resentful of “musical politics” when it reared its ugly head at the venue, but rose magnificently above it out of sheer dedication to his colleagues, ultimately triumphing at the venue. He won over many an orchestral player thanks to his his staunch refusal to treat them as subordinates, but rather as colleagues. He conducted many a symphonic cycle, notably Beethoven and Mahler, though, by his own admission, preferred his Mahler in small doses! He conducted at the Proms on numerous occasions and retired from conducting as recently as 2019, with a farewell concert with the Vienna Philharmonic at the Lucerne festival in Switzerland. DA