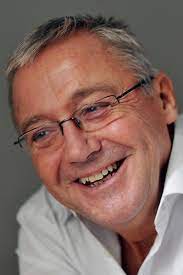 Pioneering opera director Sir Graham Vick has died at the age of 67. Born in Birkenhead, Vick studied at the RNCM in Manchester. He started his career at the Scottish Opera, becoming director of productions and founding a touring company that took productions to remote communities.  In 1987, Vick founded the Birmingham Opera Company and was still its artistic director at the time of his death. His productions with the BOC included the first UK production of Othello to feature a black tenor in the title role, and the world premiere of Stockhausen’s notoriously difficult Mittwoch aus Licht in 2012. He was well respected as an inventive opera director and his work with the BOC saw him create innovative performances that aimed to reflect the city, at unusual locations such as aircraft hangars, nightclubs and power stations. His career took him to some of the most prestigious opera venues in the world, including Glyndebourne,  La Scala and Covent Garden.