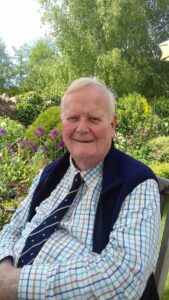 Stockport-born Lloyd was a distinguished organist and Master of the Choristers, first at Hereford Cathedral (1966–74) with responsibility for the Three Choirs Festivals of 1967, 1970 and 1973 being an exponent of music by Elgar, Hoddinott and John McCabe, and later in a similar position at Durham Cathedral. He composed, too, being credited with about 600 anthems and other church music, and also music for children.