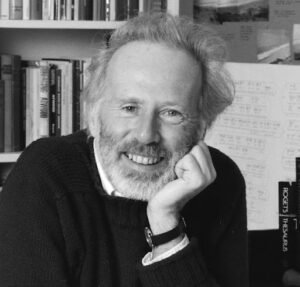 Schafer may not be a household name in the UK, but in his homeland of Canada he will be remembered as one of the most innovative composers in recent years. Renowned for popularising the word “soundscape”, his music actively embraced sounds of the natural world, sometimes written to be performed outdoors in woodland settings and often for a mixture of professional and non-professional musicians. For Schafer, the act of participation in music was paramount, welcoming the performer into the compositional process as much as his own writing. He composed in all major genres, symphonic, chamber, opera, oratorio and produced a remarkable body of choral compositions. His interest in natural sound was driven by a keen interest to provide an aural relief for those living in the “sonic sewers” of urban landscapes and driven by a philosophy that the music people make, coupled with the sounds of the natural world were all, metaphorically, part of one gigantic single composition. The pinnacle of his musical works, some argue, is the gargantuan theatre work Apocalypsis, based on the Book of Revelation and requiring over 500 performers. Music director Alex Pauk commented that “as he moved into the last stages of his affliction with Alzheimer’s, he became ever more gentle with a delicate pleasance about him that could only have been arrived at after achieving a life of artistic glory.”. He is survived by his wife, mezzo Eleanor James. His friend and colleague, producer David Jaeger has commented “The loss of Schafer represents the loss of our greatest composer, one whose creative spirit knew no bounds.” DA