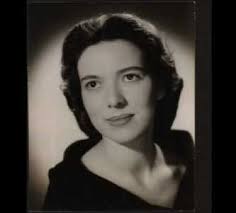 Honor Sheppard was born in Yorkshire (with some Cornish heritage) and was a soprano singer of renown. I came across her on several occasions. In 1953 she was the soloist in an “opera prom” with the Yorkshire Symphony Orchestra – not Verdi, Puccini etc. as usual in such concerts but Mozart and Handel. When I organised an Arts Festival in Doncaster in 1966 she gave a recital mostly of baroque repertoire in which she was a specialist and when I arranged another Festival in 1970 she was a first-rate soloist in Haydn’s Creation. She did not confine herself to baroquery, excelling in Howells, Tippett and Havergal Brian’s Gothic Symphony. Latterly, she taught; I met her again in connection with a concert one of her Doncaster-born pupils gave in her native town, which she attended.