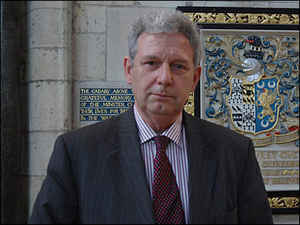 Gloucester-born Shephard, choral scholar at Corpus Christi, Cambridge, was Director of Music and Deputy Head at Salisbury Cathedral School and was heavily involved in Salisbury’s musical life. From 1985–2004 he was Headmaster of York Minster School, going on to become Chamberlain of York Minster. He was also a composer; of church music, of course, but also several operas including two for an American University. His opera Caedmon was written for the York Early Music Festival in 1996. He was Chairman of the Ryedale Festival and involved with the Leeds International Piano Competition and other Yorkshire musical organisations.