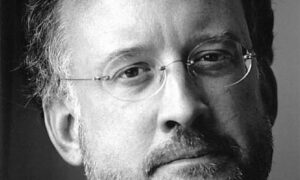 London-born Bainbridge studied at the Royal College of Music and, following his graduation, with Gunther Schuller at Tanglewood, Massachusetts. He was Head of Composition at the Royal Academy from 1999 to 2007 and was one of the first four professors to be appointed in 2000 with the Academy’s status as constituent college of the University of  London. Bainbridge was also Professor of Composition at Louisville University, Kentucky, and in 2016 he won the British Composer’s Award.