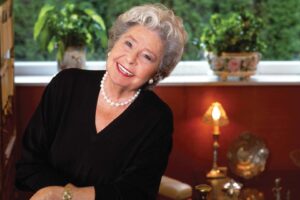 Berlin-born operatic mezzo Ludwig had a huge repertoire but also excelled in all the German lieder composers from Schubert to Strauss (her British debut, in 1957, was at the Wigmore Hall in lieder – had to wait until 1968 to appear at Covent Garden) and in many choral works. Her operatic roles ranged from Monteverdi and Mozart to Wagner (Brunhilde, Isolde and Brangane) and Strauss (Der Rosenkavalier, in which she excelled as both Octavian and the Marschallin). In later years she was sought after to give masterclass. She was virtually an ever-present at the Salzburg Festival for 30 years from the mid-1950s.