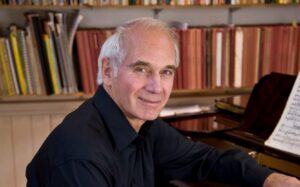 London-born, Royal Academy trained conductor and pianist Steuart John Rudolf Bedford has died aged 81. He was a member of a musical family and was particularly noted for his performances and recordings of Benjamin Britten’s operas: Albert Herring, A Midsummer Night’s Dream, Paul Bunyan, The Beggar’s Opera  and Death in Venice. He made his operatic conducting debut in February 1964 at the Oxford Playhouse with Albert Herring and was associated with the English Opera Group, the English Sinfonia and Garsington Opera. In 1989 he became joint artistic director of the Aldeburgh Festival with Oliver Knussen. Bedford recorded several commercial recordings of Britten operas, including The Turn of the Screw and Death in Venice, as well as the major Britten vocal cycles.

Bedford was awarded an OBE in 2016 for services to music.