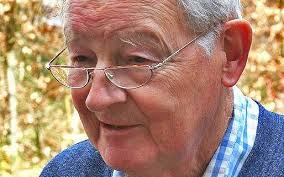 Bletchley-born Jones composed prolifically for over 80 films, including Oscar Wilde (1960) and documentaries including 14 British Transport films. He also composed incidental music for stage and TV, piano music (including 4 sonatas), song cycles and church music. He taught at the RCM from 1958, where he had studied after war service in the RAF. He conducted various choirs and founded the Wimbledon Symphony Orchestra, one of several he started. He was also Organist at Golders Green Crematorium.