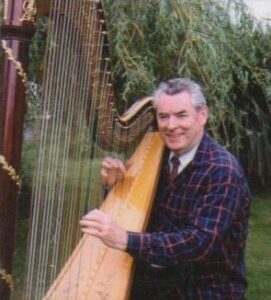 Welsh-born Osian Gwynn Ellis was a notable harpist, one of the relatively few male proponents of that instrument. Benjamin Britten admired his playing and he wrote for the harp in major works: the opera A Midsummer Night’s Dream, The War Requiem, the Church Parables and, especially for Ellis, a suite for harp. Ellis studied at the Royal Academy of Music, where he later taught. Others who wrote solos for him include Alan Hoddinott, William Matthias, Elizabeth Maconchy and Malcolm Arnold.