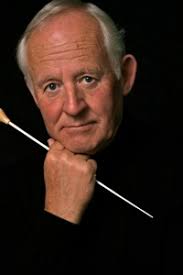 This distinguished Southend-born violinist and conductor studied at the Royal Academy of Music and played in the NYO in his young days; later he was leader of the CBSO and – in two separate stints – the LSO. As a soloist he formed the London Virtuosi (1972) and led the Gabrieli String Quartet. He gave the English premiere of Menotti’s Violin Concerto and the first London performance of Bartok’s Violin Concerto no.1. He also recorded concertos by Bliss and Moeran. After eight years spent studying with Sergiu Celibidache, Geogiardis went on to have a successful conducting career, holding posts with the Bristol Sinfonia, the Bangkok Symphony Orchestra and the Malaysian Philharmonic which he helped set up.