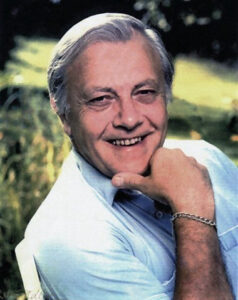 Distinguished Croydon-born conductor and composer Kenneth Alwyn has died aged 95. He was educated at the Royal Academy and had a long career in mainly lighter music, especially on radio and notably in “Friday Night is Music Night”. He also conducted ballet and musicals. His compositions included Sinfonietta, TV tunes, the marches Fighter Command 1940 and, for the Queen’s birthday in 1992, The Young Grenadier, and many arrangements. His recordings were legion.