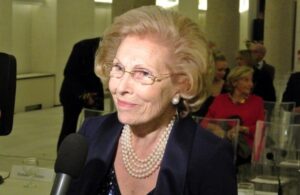 Italian-born soprano Carteri had a short career, retiring in her mid-thirties but still had a wide repertoire embracing Wagner, Massanet and Mozart as well as the usual Italian repertoire. In Britain she sang Donizetti’s Elisir d’Amour (Edinburgh Festival 1957) and Rossini’s La Boheme (Covent Garden, 1960). Her La Scala debut was in Piccinni’s opera buffa, La Buona Figliuola. She did not ignore more modern repertoire, singing in Poulenc’s Dialogues des Carmelites and Gloria, and in a revised version of Prokofiev’s War and Peace. She made many recordings.