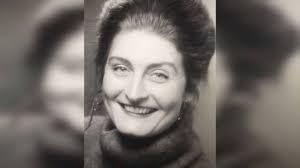 Helena Patricia Shenel (nee Leahy), vocal coach to the stars, has died at the age of 89. She sang parts in musicals The King and I, Cats, Pickwick and Evita but was better known as a voice coach to popular singers, most notably Dame Shirley Bassey, whose voice faltered following the death of her daughter. She believed that ‘unnecessary effort disrupts function’ and her method was therefore to encourage singers to relax as they performed.