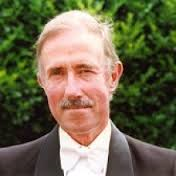 Barry Collett, founder and director of the Rutland Sinfonia and champion of the music of Edward Elgar, has died at the age of 77. He contributed much to the Elgar Society as author, speaker and conductor, particularly, as regards the latter, in reviving Elgar’s dance music for the Powick Asylum, he. During his time with the Rutland Sinfonia, he conducted virtually every note that Elgar wrote for orchestra. Collett’s enduring legacy was recognised by the award of the Elgar Society Medal – the society’s highest honour.
2 CDs of Barry Collett conducting and performing Elgar’s music for Powick Asylum is available on Somm Records.