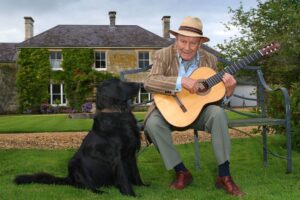 Classical guitarist and lutenist, Julian Bream, has died at the age of 87. Bream was the first really noteworthy British-born guitarist, and was instrumental in improving the public perception of the classical guitar. His career spanned more than half a century and during that time, Bream helped revive interest in the lute. He made his debut guitar recital at Cheltenham, aged just 13, and went on to be educated at the RCM. Throughout his subsequent career, he toured extensively in the Far East, India, Australia, the Pacific Islands and many other parts of the world, excelling until his retirement in 2003. He inspired concerts for guitar from British composers including Britten, Tippett and Malcolm Arnold and revived music of the first Elizabethan age. He also made many records.