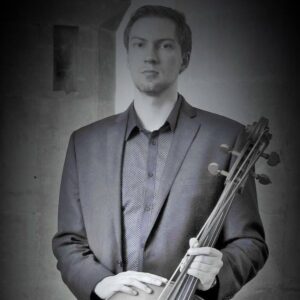 Thomas McMahon (Cello). Born into a musical family, Thomas studied at the Royal Birmingham Conservatoire with Alexander Baillie, John Todd and Philip Higham. He has performed across the country on numerous occasions with his father, Richard McMahon as pianist and has appeared as soloist with orchestras based in Birmingham, Redditch, South Wales, Swindon, Wolverhampton and Yorkshire.

More recently, Thomas has established himself as a reputable chamber musician, having performed live on BBC Radio 3 as well as at venues and events across the country including the Wigmore Hall in London and at the BBC Proms in London. He has extensively explored the Piano Trio repertoire, having performed much of the standard repertoire, performing alongside pianist Iain Burnside, baritone Roderick Williams and chamber musicians Simon Smith, Robin Ireland, Krysia Osostowicz and Susanne Stanzeleit. 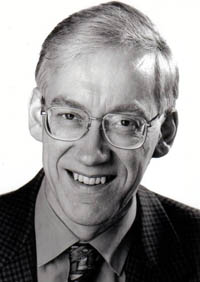 Richard McMahon (Piano). A Southbank debut whilst a student, led to a decade performing the entire repertoire for four hands. Established also at this time as a solo pianist, he enjoyed a successful period of freelance activity in both genres with concerts throughout the UK, overseas, Radio 3 broadcasts, important first performances, Promenade concerts, TV appearances and several commercial recordings.

Originally invited to teach for Cardiff University by Alun Hodinott, Richard extended his professional life to Wales where he has made his home for the last 40 years.

Richard McMahon led the Keyboard department of the Royal Welsh College of Music & Drama until retiring from this position in July 2015. His time with the RWCMD began in 1996 and he is pleased to have played a small part in the development of this major conservatoire.