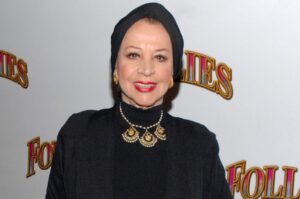 Acclaimed mezzo-soprano Rosalind Elias has died aged 90. Born in Lowell, Massachusetts to Lebanese immigrant parents, Elias spent nearly all of her artistic life at the New York Metropolitan Opera. Her many roles included Baba the Turk in Stravinsky’s The Rake’s Progress, Hansel (1967) and the Witch (1980) in Humperdinck’s Hansel and Gretel and Grimgerde in Wagner’s Die Walküre. She also created the role of Erika in the Met’s world premiere of Samuel Barber’s Vanessa. In Britain she was popular at Glyndebourne (in the Stravinsky) and with Scottish Opera. She made her Broadway debut in 2011 aged 81, playing Heidi in Sondheim’s musical Follies, and also appeared in Sondheim’s Sweeney Todd as Mrs. Lovett.