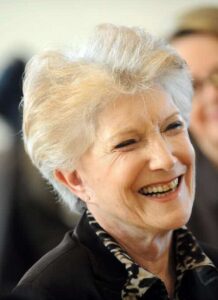 French-born Mesplé was an operatic coloratura soprano. Her professional career spanned three decades, encompassing an extensive repertoire. Lakmé (Délibes) became her signature role but her repertoire also included virtuoso roles such as the Queen of the Night in Mozart’s Magic Flute and Olympia in The Tales of Hoffman (Offenbach). She also sang contemporary roles in operas such as Elegy for Young Lovers (Henze), Menotti’s The Last Savage and Schoenberg’s Jacob’s Ladder. Her London visits included a programme of French song at the Wigmore (1988). She taught in France after retirement from the operatic stage in 1985.