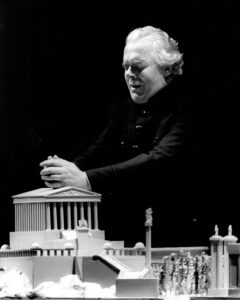 Kenneth Geoffrey Woollam, former principal tenor with English National Opera, has died aged 83. Chester-born Woollam was educated at Chester Cathedral Choir School and the Royal Conservatory of Music.  He sang with the BBC Singers and, from 1962 to 1964, with the Glyndebourne Festival Chorus. He joined ENO in 1972, debuting as Pierre Bezukhov in Prokofiev’s War and Peace. Over his 12-year tenure, he sang such roles as Boris Grigorievich in Janacek’s Kátya Kabanová and Siegmund in Wagner’s Die Walküre, amongst others. Latterly he became a Professor at the RCM and a voice coach to many famous actors such as Glenn Close, Lenny Henry and Elaine Paige.