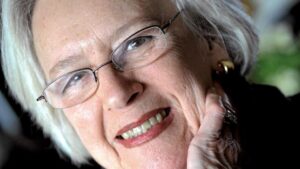 This Swedish-born mezzo has died aged 92. She sang worldwide, encompassing about 200 roles, most notably Dido in Berlioz’s The Trojans, also Mozart, Verdi, Bizet and Saint-Saens. She came frequently to Britain, singing at the Edinburgh Festival, Covent Garden and Glyndebourne. In the concert hall she sang Mahler with the Halle and at the Proms. An honorary CBE was conferred on her in 1995.
– Philip L Scowcroft