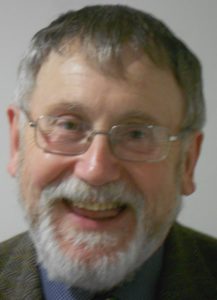 Julian Davies’s composition Lucia’s Dance, recently published by Goodmusic, has achieved some success with players and audiences since its conception in the winter of 2016-17. Lucia’s Dance began life as a commission from Howard Rogerson and his Promenade Concert Orchestra, an ensemble based in Morecambe well known for its carefully prepared interpretations of light music. At the time the initial sketches were made the music was suggested by the ‘dance’ of stray lights viewed from Julian’s window during the long dark evenings – thus the Lucia of the title. In contrast to her wintry birth her name, hinting at southern warmth, finds expression through the evocative rhythms of the tango.

Being raised in a family where Bizet’s celebrated Habanera was often to be heard singing from the somewhat ancient gramophone, the key of D minor and its particular association washed over Julian’s musical sensibility from an early age. It re emerges in Lucia’s Dance not only near the beginning, where it is the key of the first main idea, but in the principal tonal areas of the piece, D-F-A, forming a triad of D minor. The somewhat poised and genteel melody is given a more turbulent treatment in the F minor section and eventually gives way to an entirely new theme, much more assertive and uninhibited in character, the seed of which is found in the first two notes of the introduction. At this stage in the music the key of A minor predominates, the first tune is largely confined to a short reflective passage while its subsidiary idea, modestly appearing on the first trumpet early in the piece, complements the new material in a much more robust presentation. Hopefully the structure is satisfactory and convincing.

Julian first began to compose with the aid of a toy xylophone but his more mature years have seen him upgrade to violin and viola (on which instruments he makes a small contribution to the Promenade Concert Orchestra). He studied under the late Professor Ian Parrott at Aberystwyth University and subsequently spent his entire career as a teacher at Lancaster Royal Grammar School. Here he wrote copious amounts of music for his pupils, including two musicals, and encouraged the students to create and perform music of their own. Mixing with young composers often meant that Julian would find himself slightly out of his comfort zone, perhaps playing keyboards in a rock group or the kazoo in an experimental improvisation ensemble. Nonetheless it was all great fun! 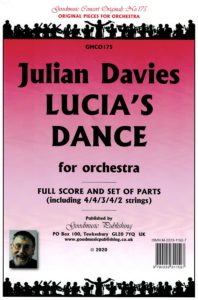