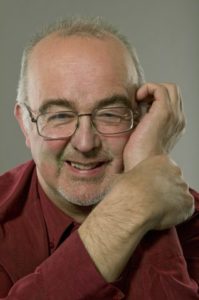 The first time I remember hearing Rhapsody in Blue was when I was about 20, when my cousin Chris played me a vinyl disc of Leonard Bernstein’s recording. Although I was far from interested in jazz in any shape or form, it made an instant impression with its heady mixture of jazz, blues and French Impressionism.

I still find Bernstein’s playing inspired, even though he clearly struggled with some pianistic challenges and he chose to record a version with several cuts ( the piece is short enough as it is !).

I was first played it in performance on March 15th 1983 with the Blackburn Sinfonia conducted by Michael Trowski in King George’s Hall , Blackburn. I seem to remember playing the bass drum in Borodin’s Polovtsian Dances in the second half (breaking the skin of the drum in the process!), although this might have been on a different occasion…

Since then I have played it maybe 30-40 times including with the Philharmonia, Munich Symphony, Royal Liverpool Philharmonic, BBC Concert, BBC Philharmonic orchestras.

I have also recorded and performed a few times a two piano version with Peter Donohoe. This works very well and is always a big hit with audiences.

I’m not sure how much my view of the work has changed since 1983 , at least on a conscious level, although I think my playing of most things over the years has changed considerably. As R in B is a clearly very full-on virtuosic showpiece for the pianist with clearly Romantic overtones, I think now I certainly go for a no-holds-barred approach in terms of tempo and volume (when required).

One section I have always thought played too fast is the G major section in the long cadenza before the “big” tune in E major . I once had the ultimate compliment from conductor Carl Davis after one performance ( we probably played it together about 15 times ), when he described my playing of this passage as “dirty”….

I have to confess that I had never thought of this section in that way until I revisited the Bernstein recording I had been so impressed by…he plays it a lot slower than almost anyone else, Gershwin himself included !

My most recent performance of R in B was on 13th July 2019 with the Blackburn Symphony Orchestra (the reincarnation of the Blackburn Sinfonia) with Richard Howarth conducting, in the Croston Theatre, Westholme School, Blackburn.