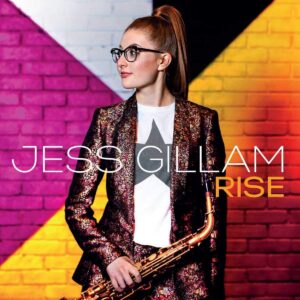 This album is aptly named for the young saxophonist who, after being in the final of the BBC Young Musician 2016, has appeared to great acclaim at The Last Night of the Proms in 2018, is now presenting a weekly programme on Radio 3, and reached the top echelons of the  best-selling chart on Classic FM with this recording.

Here then is a 14-track collection of her favourite pieces, performed on both soprano and alto instruments, ranging from Marcello and Shostakovich to David Bowie and Kate Bush.

Flow My Tears by John Dowland also features Miloš Karadaglić on guitar.  Six of the tracks are accompanied by the wonderfully versatile BBC Concert Orchestra conducted either by Richard Balcombe or Jessica Cottis.  As well as Ranti – his own portrait of Jess – there are several arrangements by her mentor John Harle, including Michael Nyman’s If for ‘The Diary of Anne Frank’ (a Japanese animation), and the traditional Dark Eyes.

Other standout tracks for me are Darius Milhaud’s Brazileira from Scaramouche and the great John Williams Closing In from Escapades, part of a saxophone concerto for Stephen Spielberg’s true crime movie ‘Catch Me If You Can.’

Jess is a very charismatic young artist with a stunning technique and an irresistible joy in making music.  If you are feeling down this release will pick you up.